​Is Fort McMurray’s water supply contaminated by the wildfire? 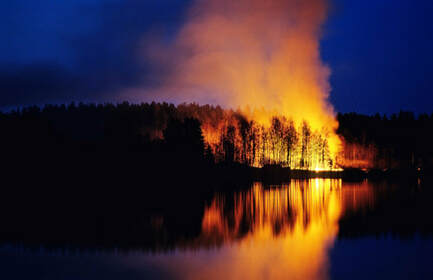 As residents try to resume their lives more than a month after a ferocious wildfire forced the evacuation of Fort McMurray, crucial questions about its impact on their water supply still have no clear answers.

It’s why Monica Emelko, a University of Waterloo expert in water quality and water treatment, left for the devastated Alberta city last week after spending countless hours on the phone with government officials since the crisis escalated in early May.

​
“Our research has very real implications for people, so as long as we’re useful, we’ll continue to help,” says the Waterloo civil and environmental engineering professor.

Emelko and colleagues at the Southern Rockies Watershed Project are uniquely qualified to tackle complex issues in Fort McMurray after studying the impact of wildfire on water supplies for more than a dozen years.

The initial source of high-quality drinking water for almost six in 10 cities in Canada with populations over 100,000, she says, healthy forests act as sophisticated natural purification systems.

“Wildfire and water supply is a significant global problem and it is only going to be exacerbated by increasing climate change (which contributes to the conditions that spawn it),” says Emelko.
​
The obvious problem for treatment plants, badly contaminated water flowing into their intakes, is greatly aggravated by extreme variability of water quality, a function of when it rains and for how long.
​
“That makes it very hard to be optimally responsive,” Emelko says. “It’s a treatment operator’s nightmare, in fact.” 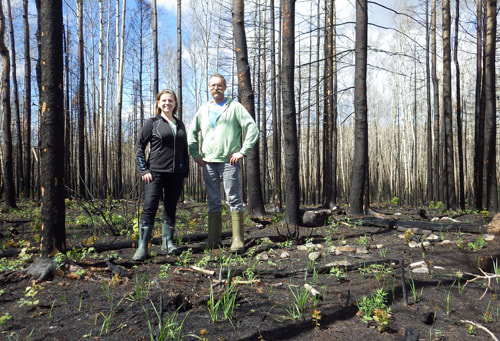 Emergency assessment of the threat to drinking water supply

Working closely with Uldis Silins, a University of Alberta professor who is her co-principal investigator with the watershed project, Emelko is developing an emergency assessment of the threat to drinking water supply and treatment in Fort McMurray, a city of 80,000 people that draws its water from the Athabasca River.

Step one will be an exhaustive analysis of water in the river since the first significant rains began falling recently. The results will be key to determining how technology in the treatment plant can best be tweaked and supported to produce clean, safe water.
​
Silins, a professor of forest hydrology who started the watershed project, says a major factor is that the fire raged “right on top of the city,” leaving little time and distance for contaminants washed into the river to be naturally diluted before reaching the plant.

Impact on communities downstream of Fort McMurray could be greater

The impact on smaller communities and oil-sands camps downstream of Fort McMurray, meanwhile, is expected to be even greater since toxins from burned man-made materials in the city – which lost about 2,400 structures – will also flow towards them.
As they scramble to get a handle on the risks and plan an optimal response to them, Emelko says they simply aren’t sure if the treatment plant in Fort McMurray will be up to the task of producing enough water to supply the city.
“We literally don’t know,” she says. “It’s never been tested.”

Wildfire effects on water could be felt for years

Emelko, whose other main colleague at the watershed project is Mike Stone, a professor in Waterloo’s Department of Geography and Environmental Management, says the Fort McMurray situation highlights pressing needs to develop “real-time” water-testing technologies and employ “resilient engineering” in treatment facilities.

Based on more than a decade of research, Silins says the one thing they can confidently predict is that water concerns will likely linger there for a long time.

“The effects of this wildfire on water are going to be felt not just in the coming days, weeks, months, but probably for quite a few years,” he says.