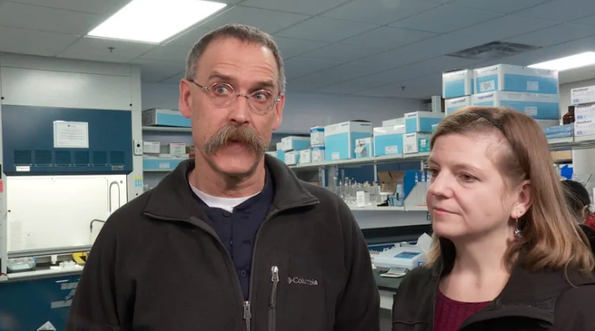 The cost of providing clean drinking water to Fort McMurray has spiked after the 2016 wildfire and could rise even higher in 2017.
The city's water treatment plant is spending more on food-grade chemicals to remove burnt forest-floor ash that's flushing into the municipality's drinking water supply.
​
"We've had to increase chemical dosages," Travis Kendel, manager of water treatment for the Regional Municipality of Wood Buffalo, said Wednesday.

The Fort McMurray wildfire is one of the costliest insured disasters in Canada's history, at approximately $3.6 billion. The fire that's still smoldering covered 589,552 hectares and devoured over 2,400 structures.

From Day 1, scientists Monica Emelko of the University of Waterloo and Uldis Silins from the University of Alberta have worked with the province and the municipality to monitor the wildfire's impact on the Athabasca River.

Both researchers are co-principal investigators in the Southern Rockies Watershed Project, which monitors water quality from its source all the way to the tap.

One problem researchers are already seeing is more dissolved organic carbon from the Athabasca River intake. Carbon reacts with the chlorine and produces byproducts in the water that can be harmful to humans.

"Some of these byproducts are suspect carcinogens and some of them are carcinogens," Emelko said.

Researchers are bracing for the possible growth of algae in the plant's untreated water storage ponds. Increased phosphorous and carbon in the water from wildfire debris could create harmful blue-green blooms.

"Some algae produce toxins," Emelko said, "They include neurotoxins that affect your nervous system. They can be liver toxins."

"So when it's there we have to shut down and that could be problematic," Emelko said.

Most water utilities in Canada and the United States can't adequately remove the toxins. In 2014 a large toxic algae bloom in Lake Erie meant more than 400,000 residents in Toledo, Ohio couldn't safely drink their tap water.

Because of these risks, the Fort McMurray water treatment plant has spent more money adding food-grade chemicals to reduce the amount of carbon in the water.

Kendel also anticipates the two storage ponds will need to be dredged to counteract the growth of algae in the spring.
"We'll be cleaning out those reservoirs, removing any residual from the wildfire that may have impacted them," he said.
Researchers are unclear how long wildfire debris will persist in the river.

The water treatment costs could be even higher, researchers said, if it wasn't for proactive work done by he research community and local and provincial governments to ensure the wildfire didn't compromise Fort McMurray's water plant and the drinking supply.

The plant survived the fire. Planning and foresight guaranteed the city's water supply remained safe to drink and residents could return.

"It would have been so much more if the water hadn't continue to flow from this plant that we are still standing in," Emelko said. "It's something I don't want to think about."
​
In the days immediately following the wildfire and evacuation, the province asked Emelko and Silins to drop everything and focus on how to make Fort McMurray's water safe.

"The biggest concern was identifying the ones closer to the water treatment plant," he said.

​What might have helped the most was that an upgrade for the plant had been commissioned before the wildfire. New treatment equipment and capacity allowed it to quickly filter out ash and debris the wildfire sent down river.

Climate change, Silins said, has affected the frequency and behaviour of wildfires in Alberta and around the country.

"Shifting climates and changing wildfire behaviours is something that has the attention of resource managers worldwide," he said.
Their research and lessons learned from Fort McMurray will better inform management of watersheds and treatment plants in wildfire prone areas around the country.

"Utilities across Canada are collectively trying to get together to get support from the federal government to talk about what are the similarities and what are the differences and what can we learn from each other," Emelko said, "because these disturbances are exceptionally difficult and expensive to respond to."
Story originally appeared on CBC